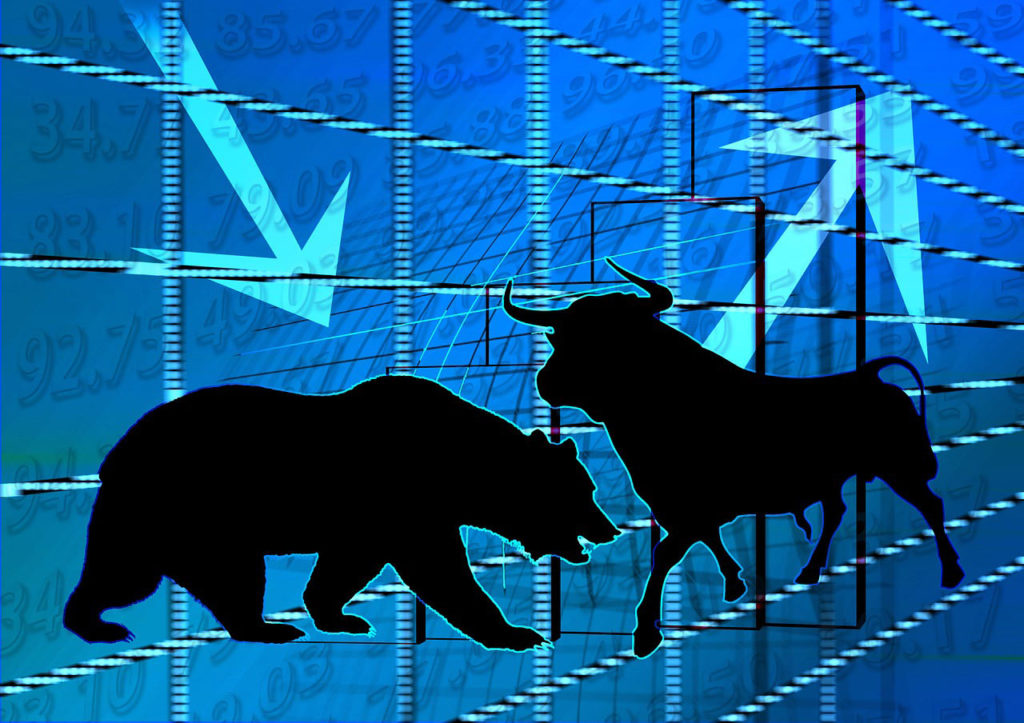 A recent New York Times article discussed the stock market impact of Joe Biden winning the 2020 presidential election. The article quoted Lori Calvasina, head of US equity strategy at RBC Capital Markets, who said “The market is starting to worry that Trump will not be re-elected. Trump is consistently viewed as a positive for the stock market.” Before you make changes to your portfolio as a result of these predictions, consider the following three points:

Markets Have Already Priced in the Possibility of a Biden Presidency

Right now, if you look at the odds on betting markets, the consensus estimate is that Biden has about a 55% chance of winning the election, while Trump has about a 40% chance. The remaining 5% is allocated to various candidates and non-candidates. What will wind up moving financial markets is if conditions change such that the odds of Biden becoming president significantly increase or decrease.

President Trump was a heavy underdog in 2016; betting markets gave him just a 20% chance of winning the day before the election. And yet, even after the surprise outcome, market moves were relatively muted the day after the election (the S&P 500 was up 1.1% that day). It should be noted that some forecasters were predicting a sharp decline if Trump won. Dallas Mavericks owner and TV personality Mark Cuban said “there is a really good chance we could see a huge, huge correction” in the event of a Trump victory.

Two-step forecasting is when someone says, “I forecast X, and as a result Y will happen.” Let’s say you’re 60% sure Biden is going to win (which is roughly in line with the consensus estimate). Let’s also assume that you’re 60% sure a Biden victory means stocks will decline in value. Then assume that if you’re wrong and Trump wins (a 40%chance) there’s another 30% possibility that stocks will decline for other reasons.

Keep in mind that going back to 1926, the S&P 500 has had negative returns in 27% of calendar years, so these assumptions are essentially saying that a Biden presidency is more than twice as likely to cause a stock market decline as has happened historically, while a Trump presidency means that the chances are roughly the same as history.

Using the above assumptions, the math works out on this so that there is a 36% probability (60% x 60%) that you’re right about Biden winning and then also right about the market declining as a result, plus another 12% probability (40% x 30%) that you’re wrong about Biden winning but accidentally right about the market decline anyway. This totals out to a 48% chance of getting your two-step forecast correct, or essentially a coin-flip.

Of course, so far I haven’t even mentioned how difficult it is to get the first prediction correct, much less getting both predictions right. Philip Tetlock, who teaches psychology, business and political science at the University of California, Berkeley is the author of “Expert Political Judgment: How Good Is it? How Can We Know?” The book, which was published in 2006, discusses the findings of his 20-year study, the first scientific study on the ability of experts from various fields to predict the future. Tetlock found that so-called experts who make predictions their business are no better than random luck. RBC head of US equity strategy Lori Calvasina should have learned this lesson in October 2019, when a Bloomberg Businessweek article shared her analysis of the Democratic presidential primary: “If politicians were stocks, she would advise shorting Joe Biden. Elizabeth Warren, on the other hand, looks like a buy.”

Your Political Views Can Lead to Investing Mistakes

There’s actually evidence that election results have the power to affect how investors handle their portfolios. The 2010 study “Political Climate, Optimism, and Investment Decisions” examined the link between investors political affiliations and their investment choices. Simply put, when your political party is in power, you feel much more confident about the economy and markets, and vice versa.

Being aware of your biases can help you make better investment decisions. Trying to time the market due to concerns about the upcoming election is not likely to be a winning strategy. The reason is that you have to be right not once, but twice. In order for market timing to work, you need to know when to get out and when to get back in. Suppose you get out now. Do you get back in if Trump wins? Or if, Biden wins, do you stay out of the market for four full years waiting for the 2024 election? The bottom line is that you shouldn’t let the latest economic or political news cause you to abandon your well-developed plan.

What You Need to Know About Investing During an Election 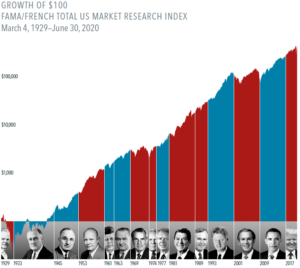 What History Tells Us About US Presidential Elections and the Market 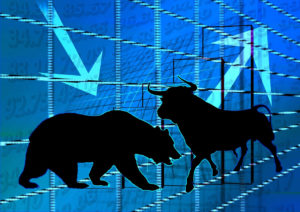 Begin Your Investment Strategy for FREE!